What to see in Rome


It was the emperor Vespasian, the first of the Flavian dynasty, who, in . D., ordered this gigantic amphitheatre to be built on the site then occupied by an artificial lake attached to Nero’s Domus Aurea.

It was to cater for the games and entertainment of the Roman people; in fact, fights between the gladiators and ferocious animals brought specially from Africa and the were held there.

The Amphitheatre has a circumference of and is high.

It was the real heart of the city. In the Republican era as in the Imperial, this part of was the centre of political, commercial and judicial affairs.

According to Plauto the area swarmed with lawyers and people prosecuting each other, bankers and intermediaries, shopkeepers and prostitutes, vagabonds and beggars.

As the population of grew, the Forum soon became too small and in . D. Julius Caesar built a new Forum. 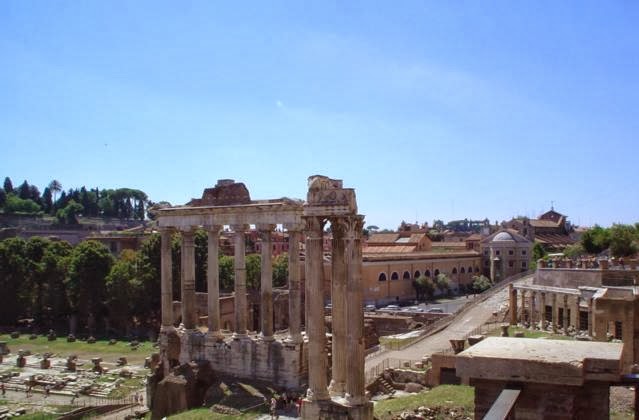 Between the Basilica of Massenzio and piazza Venezia, are the Forums commissioned and built by the Emperors Caesar, Augustus, Vespasian, Nerva and Trajan, to meet the needs of the population. 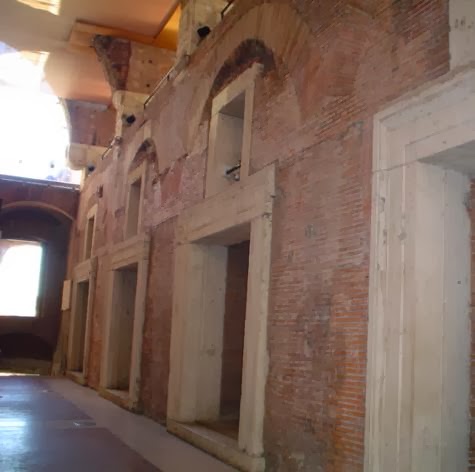 In this area, over different periods, temples and churches, arches and columns, buildings and even a shopping centre and Trajan markets were constructed.

The remains of the Temple of Saturn, of Castor and Pollux, of Vesta, of Antonino and Faustina, of Venus and Rome, the Basilica Aemilia, of Julia, of Constantine and of Santa Francesca Romana, the house of the vestal virgins, the arch of Settimio Severo, of Titus and of Constantine, the column of Foca and the Trajan column should be seen.

The Imperial Forums were brought back to light in the XIX century.

Then, between 1924 and 1932, the excavations continued during the construction of via dell'Impero which in practice divided the Forums into two.

There are four Jubilee basilicas, which if visited grant the Holy year pilgrim plenary indulgence.

The first is obviously St. Peter’s, the most imposing of all and the one with most symbolic value. (St. Peter's deserves an special post)

Another imposing basilica dedicated to the second prince of the apostles is ’s outside the city walls and built at the wishes of , on the site, along via Ostiense, where the apostle had been buried. Rebuilt and enlarged in the IV century A. D., this basilica was the object of attention and looked after for centuries by the Church and by the imperial powers as well as being a constant destination for pilgrimages.

Today this basilica is still one of the most suggestive and fascinating places in the .

Let’s now turn to San Giovanni in Laterano. This church is considered the cathedral of the and the seat of the Pope (who takes possession of it immediately after being chosen) as the Bishop of Rome.

The fourth and last Jubilee church is Santa Maria Maggiore, also known as the basilica of the miracle of snow. Legend that in the summer of 352 Pope Liberio dreamt of the Madonna who ordered him to build a church where the snow fell and on the morning of the 5th August it snowed on the Esquiline Hill (one of the ).