Ponte Vecchio, the oldest and most famous bridge in Florence 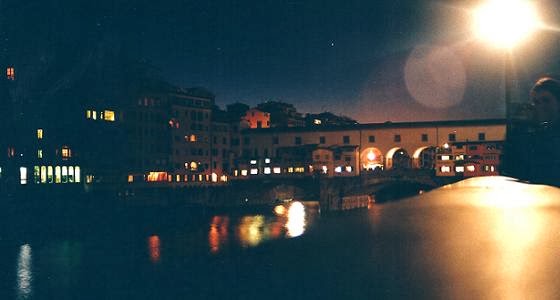 It was built in 1345 and rests on two robust pillars with prow-shaped buttresses. It was designed by Taddeo Gaddi, Giotto’s pupil. Its shops, which extend at the back to overhang the river, supported by brackets known as “sporti”, were once occupied by blacksmiths, butchers and tanners (who used the Arno river for their waste!!!). In 1593 they were sent away by the Duke Ferdinand I because of the noise and the stench and their place was taken by jewellers and goldsmiths who paid much higher rents. 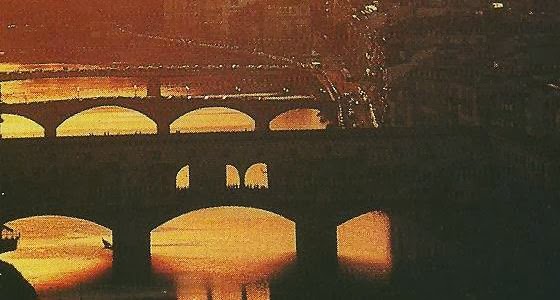 In the top part of the eastern side of the bridge, Giorgio Vasari built a corridor in 1565, The Vasari Corridor, and it's an elevated passageway that connects the Palazzo Vecchio with Pitti Palace passing by the Uffizi and over the Ponte Vecchio. The Medici could move from one residence to the other without mixing with the crowds. The “corridoio Vasariano” is adorned with the self-portraits of many great artists.