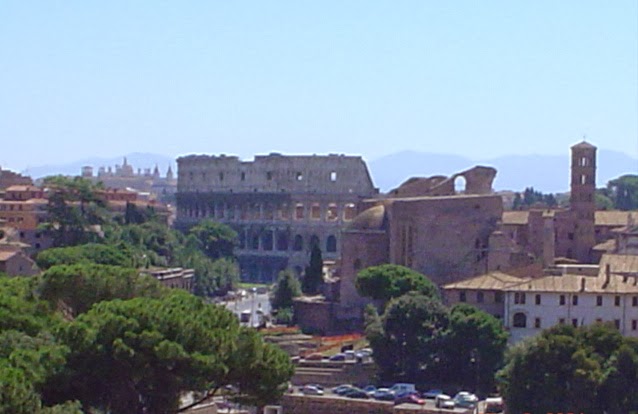 Two thousand years of history make the artistic and architectural heritage of Rome so great.

The first settlements in the area date back to the Etruscan civilization. Rome governed a vast empire and when it began to crumble, the area became the centre of Christianity.

Artists and architects worked under the Popes and their families, particularly during the Renascence and the Baroque periods, creating magnificent works of art.


Rome, today the capital of Italy, rises above the banks of the Tiber, at about 25 km from its main outlet into the Tyrrhenian Sea.

It’s situated in the middle of an undulating plain, the Campagna Romana, at the point where it narrows, on one side there’s the hills of Monte Mario, Gianicolo and Monteverde, and on the other, the high ground made up of vulcanic material from Lazio and known as the "Seven Hills".


That’s why it’s better to plan out a precise programme with fixed objectives according to one’s interests and the time available.

You can visit Rome on tourist bus, taxi, bicycle, walking… Also, you can hire a scooter!
Rome is a city with a lot of traffic. For moving through the city the underground is a great solution. There are three underground lines, A, B and B1, intersect at Termini station which is also the main terminus for urban transport. Tickets are valid for one journey on the underground or for 75 minutes on the bus. There is also a daily pass and a weekly one for tourists. ATAC, the Roman city transport company also runs the trams and buses as well as the underground.
For more information: http://www.atac.roma.it