Palaces, music and St.Gennaro in Naples 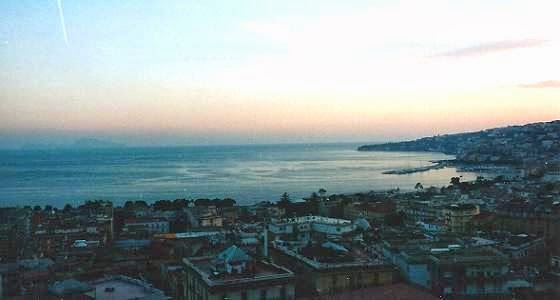 Naple is the third biggest Italian city after Milan and Rome and is the biggest city in the south of Italy. It's a chaotic but spectacular city. Facing onto the gulf, with Vesuvius on one side and the islands of Capri in front of it, it offers enchanting panoramas.

Naples is one of the few ancient European cities never to have disappeared completely. Founded by the Greeks, it was extended and improved by the Romans. The sought after prize of foreign invaders and imperialists (particularly the Normans, French and Spanish) the city has never lost its charm or its historic roots. 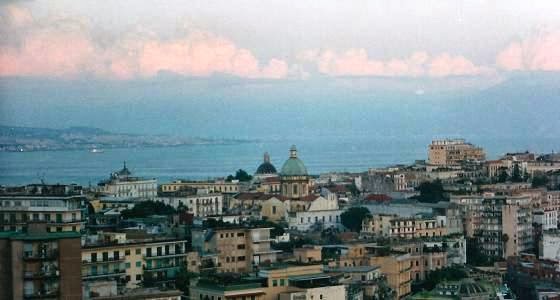 The compact centre of Naples, full of churches and historic buildings is composed of a few streets.
From Piazza del Plebiscito you cross via Toledo to get to the other famous square of the city, piazza Dante. To the east, via del Tribunale and via San Biagio dei Librai take you into the noisy and folkloristic city centre: Spaccanapoli. The area of Santa Lucia is south of the Royal palace and to the west is the port of Mergellina and the area of Vomero. 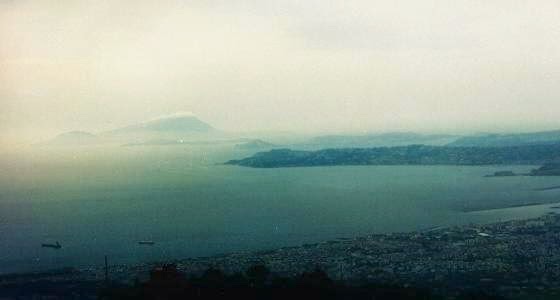 It’s hardly necessary to point out that in Naples you can move around by whatever means so long as it isn’t the car. Both because of the terrible traffic (authentic legend has it that the Neapolitans go when the traffic lights are red and stop when they are green), and because it’s only on foot that you can discover the real city. The public transport which at the beginning of the XX century made Naples one of the  best organised Italian cities in this regard is now poor and wanting, except for the railway which forms a loop around the  underground in the city centre and the four funicular railways going to Vomero and Posillipo.

Naples offers a wide selection of hotels for every preferences and budgets. Find yours!

Do you want to see more fascinating places in Naples?

Email ThisBlogThis!Share to TwitterShare to FacebookShare to Pinterest
Tags Naples