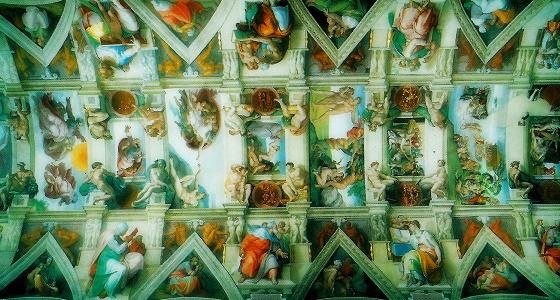 The Sistine Chapel was built by will of Pope Sixtus IV between 1475 and 1481, based on a project by Baccio Pontelli. On October 27, 1481, the painters Cosimo Rosselli, Sandro Botticelli, Domenico Ghirlandaio and Pietro Perugino signed a contract for the painting of 10 frescoes in the Chapel. They were requested to paint episodes from the Old and New Testaments, which now cover the building’s long walls and the wall on the opposite facade. The altar wall probably contained two frescoes by Perugino, which Michelangelo destroyed when he began to paint the Last Judgement.


At the request of Pope Julius II, Michelangelo Buonarroti signed a contract in 1506 for the painting of the chapel’s vault: the work was half complete in 1510, and the vault was entirely decorated by 1512. Michelangelo filled the vault with an extraordinary array of characters. Stories from the book of Genesis are portrayed on the center panels. The side panels depict the prophets and Sibyls. The vault’s four pendentives portray the stories of the miraculous incidents in which the Israelites were saved and lunettes depict Christ’s Ancestors. Michelangelo’s masterpiece gives rise to various allegorical interpretations and is animated by 336 figures that reenact the history of mankind, from the initial chaos to the magnificent prologue of Christ’s coming. 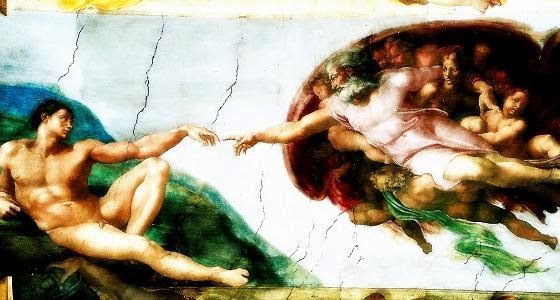 Michelangelo designed and painted the Last Judgement between 1533 and 1541. The work represents the masterpiece of Michelangelo and of the Italian Renaissance, and it was immediately hailed by his contemporaries, especially Vasari, who recognized its extraordinary value and the genius of Michelangelo’s art. In 1566 Daniele da Volterra was commissioned to cover the genitals of the figures of the Chapel: these were covered with the famous “braghettoni” (“pants”) which censored some of the nudes contained in the Last Judgement, due to the strict attitudes that existed during the Counter-Reformation.


Do you want to see more fascinating places in the Vatican City?