Leonardo da Vinci’s Last Supper at Vinciano Refectory, one of Milan’s most famous places and home to one of the most well-known masterpiece in the world 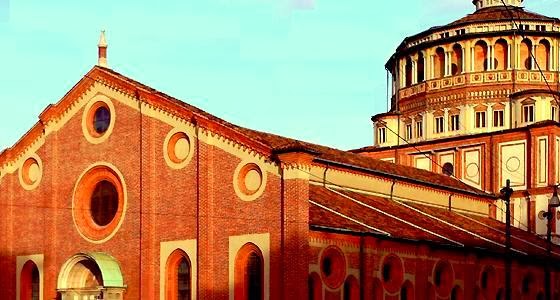 Santa Maria delle Grazie, the most suggestive church in Milan, it was the result of the marriage of Gothic and Renaissance styles. It stands on the site of a chapel with a fresco showing the Madonna, called “delle Grazie”. The construction of the church was begun in 1466 and it was completed in 1490. Two years later, Ludovico il Moro decided to make it his family mausoleum, and asked Bramante to modify it for that purpose. He designed the apse, the high dome and the harmonious cloister. Over the centuries it was also the seat of the Court of the Inquisition. 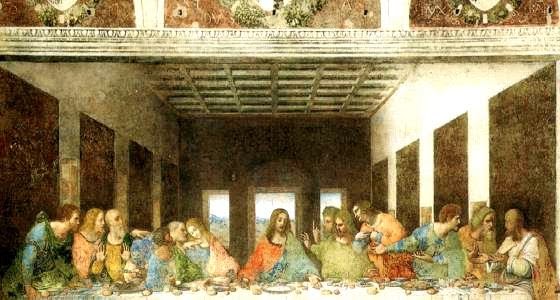 To the right of the church is the entrance to the ex-monastery of the Dominicans, where is the Vinciano Refectory, one of Milan’s most famous places and home to one of the most well-known masterpiece in the world: Leonardo da Vinci’s Last Supper (1495-1498), one of the key images of the Catholic western world.  Leonardo frescoed his famous Last Supper between 1494 and 1497, opening a new era in the history of art. The work shows Christ in the moment when he reveals that one of the apostles present will betray him. Though highly deteriorated due to humidity and because of the technique used, the fresco was miraculously spared from the bombs that in 1943 destroyed the vault and the right wall of the refectory. The restoration of the work enables visitors to admire it in all its splendour.


Milan offers a wide selection of hotels for every preferences and budgets. Find yours!

Do you want to see more fascinating places in Milan?